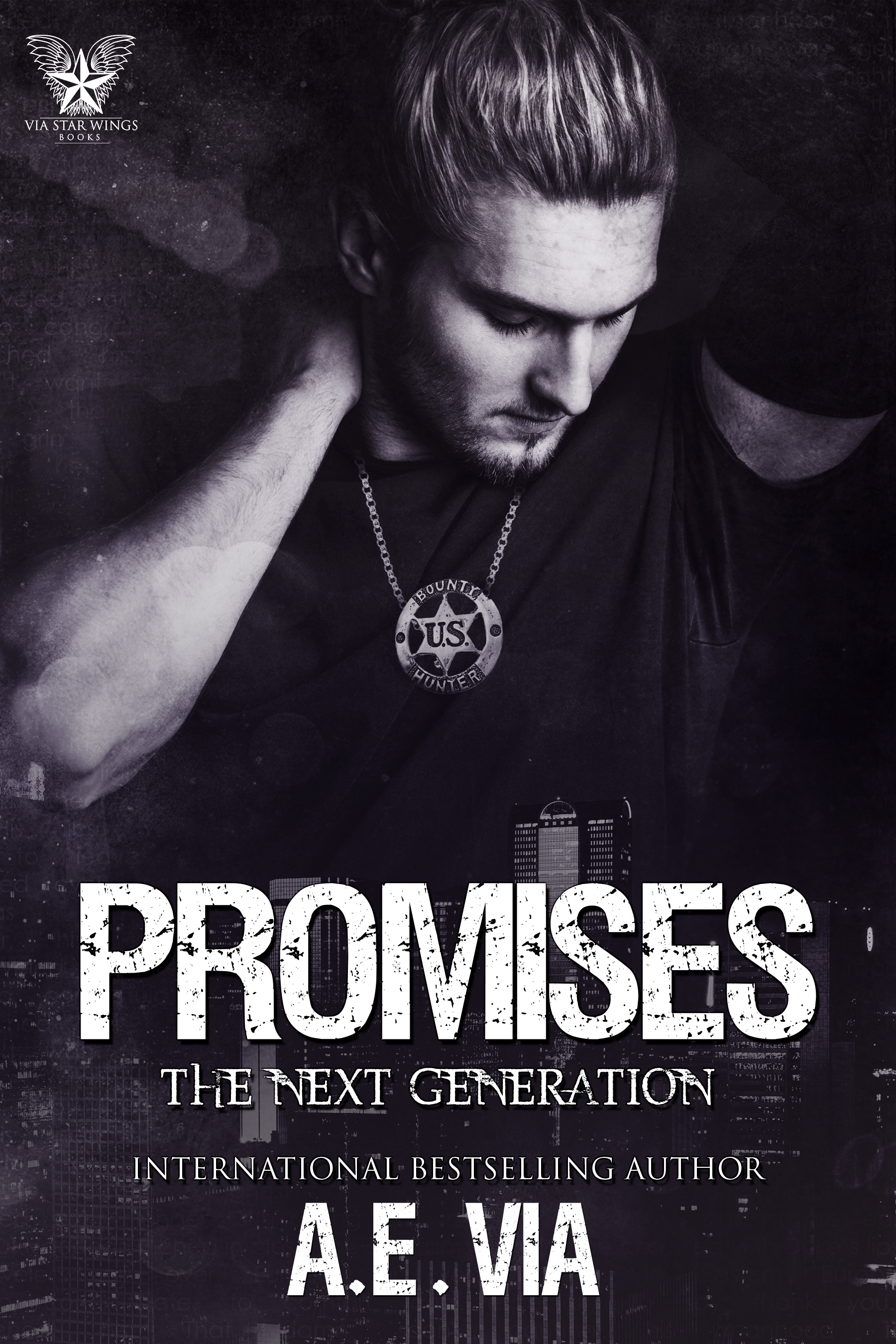 Duke Webb has run the most successful bail recovery agency in Atlanta for over twenty years. That’s because he has a team of trained, competent hunters backing him up to keep his name feared on the streets. But Duke knows that nothing can go on forever. His hunters are in committed relationships and ready to settle down, and so is he. That’s what leads him to start his new training program.

“That’s the new vision for Dukes. Veterans operating and tracking behind the scenes with a new powerhouse apprehension team on the streets.”

Brian and Quick are the first to offer up two new recruits.

Kellam Knight has studied martial arts under his sensei, Quick, since he was eight years old. A tossed-out reject from high-society, Kell has a problem fighting on the right side of the law. If he sees an injustice, he has to correct it. He doesn’t have to run and cower from his enemies anymore, he’s a fighter who can protect himself and others. When Quick offers Kell the opportunity to join Duke’s training program, he’s all in. Except he’s not prepared for the straight, over-confident, extremely disciplined, sexy man Brian has recruited to be his partner.

Tyrell Jenkins’ world was flipped upside down when his father never returned home from his last deployment. He’d been Ty’s teacher, mentor, his guide to living a righteous life as a good man. His father didn’t raise him to be like every other young, stereotypical male in Atlanta. Instead, he’s been taught to be respectful, to speak the language of real men. When Brian King – his father’s most trusted comrade – finally comes to him with the truth, he doesn’t come alone. He comes with trained men hidden in the shadows… and a once-in-a-lifetime opportunity to join a brotherhood unlike any other.

“Did you pass?” Kell asked Ty the moment he stepped out of Duke’s door. He’d been waiting for him to finish the Georgia exam on Brian’s computer. He was sure Ty passed, since it had taken him less than twenty minutes to complete the one-hour test.

Ty turned in his direction. His smile was full of that ’swagalicious charm when he said, “If it weren’t for your bright eyes, Kell, I wouldn’t be able to see you in the dark.”

Kell stood still as Ty approached him. His coat was buttoned over his broad chest, the sheep’s skin collar was flipped up to protect his neck from the cold. His golden-brown skin and sweet almond eyes got darker the deeper into the shadows he came. Kell retreated farther, pulling Ty where he felt the most comfortable. His partner followed. Kell leaned against the side of the building with his hood low and his scarf over his mouth. Ty stood towering over him, his thickness shielding Kell from the wind.

“Yes, I passed.” Ty’s harmonious laugh drifted across Kell’s face. “We’ll be in the gun range in the morning with Dana, then we’ll observe him doing a couple of those backlogged retrievals.”

“Agreed. I’m looking forward to it as well.”

“I like the way you talk, ya’know.” Kell confessed. “You’re very intelligent.”

Ty smirked. “You’ve commented on my style… my language.” He stepped closer to Kell and put one hand against the brick wall next to his head. He leaned in close, his eyes blazing, “Did you think I’d wear my pants hanging off my ass and a puffy black coat loaded with Uzis and Tech9s underneath? Did you take one look at me and believe I’d only be able to speak Ebonics and street slang?”

“What the hell are you talking about? Why would I think—?” He shoved at Ty’s chest, realizing his partner was messing with him. Ty caught his hand and held it. Kell exhaled sharply. He felt his wrist squeezed before Ty pulled his hand closer to him. They couldn’t see anything in the dark, but he knew Ty felt them. His blades. The hunters all had their own arms, whatever they were most comfortable with. These were his.

“You just keep surprising me, don’t you? I think you like doing it.” Ty purred rubbing over Kell’s wrist. “Are these…?”

Ty’s strong hand still held his palm up while he blindly caressed the stainless-steel blades around his wrist. “Are you a master with these too?”

Kell could’ve sworn Ty was turned on, but he couldn’t see his facial expressions. He could only feel him. That’s why he’d lured him there, into the darkness of the night where the face could lie all it liked. Kell was in the shadows to feel Ty’s body’s response to him. The body will betray the mind without its consent.

Ty may’ve said he wasn’t ready to have Kell up in his head, but his body was saying something else. It wasn’t a lie how close Ty was standing to him. He couldn’t fake the heightened rise and fall of his chest, or the slightly labored breath ghosting across Kell’s cheek with every hushed syllable he spoke.

“I can’t see anything right now.”

“You don’t need to see.” Kell took a chance and placed his other hand on top of Ty’s. He was thankful for his fingerless gloves as he gently brushed his fingers over Ty’s smooth brown skin. “You just need to listen.”

Kell turned so his back was to Ty’s chest. He didn’t lean in, wanting to see if Ty would fill the small gap. He did. Felt Ty lean his tall frame over him and place his lips against his temple. Kell removed his hood. With Ty’s hand on his waist, his body vibrated.

“You ready?” Kell smiled into the dark.

“I am.” He could feel Ty’s smile behind him.

When he felt Ty’s warm palm lie delicately over his shoulder, Kell flung his left arm out as if he were tossing a dart. The sounds of his blades slicing throw the air before piercing the bark of the tree several feet in front of them broke the silence. Ty’s breath hitched next to his ear.

“Where’d it go?” Ty asked. His voice heavy with something else besides wonder. “Do you know?”

Kell kept his hand outstretched in the direction he’d thrown his blades. Of course I know. He placed his other hand over Ty’s, telling him to keep it there and led him into the shallow forest around Duke’s building. When Kell got to the tree, he took Ty’s hand and placed it on the cool handles of his daggers. Both of them.

“You threw two at a time?” Ty pulled the devil’s tip from the bark.

“Yes. Would you rather I’d thrown more?” Kell admitted he liked showing off for Ty. “And, by the way, yes. I like surprising you.”

Ty gave Kell his seven-inch blades and let him replace them in his wrist sheath. He took his hand and led them back out the way Kell had. When they were in the parking lot under the street lights, Ty turned and faced him.

They were silent. Neither of them speaking, just watching each other.

“What are you doing to me?” Ty whispered.

“I could ask you the same thing,” Kell responded. He had no clue what was happening between them but whatever it was it was fast and it was consuming.

Title: Promises: The Next Generation