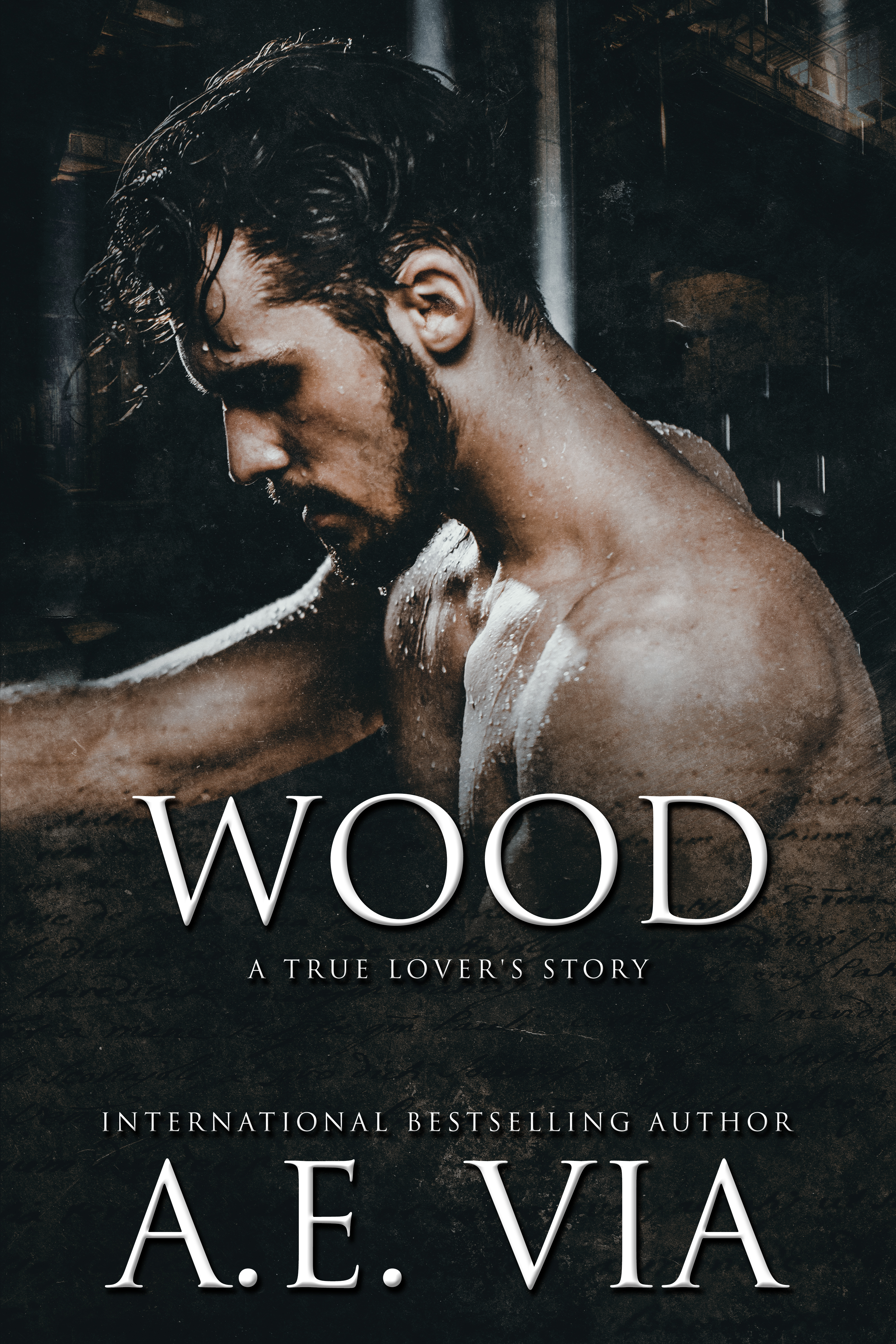 No billionaires, No movie stars. No models. A story of two ordinary, working-class men, dealing with real-life-shit and trying to find love along the way. It’s been a long seventeen years but Herschel Wood Jr. is finally a free man and he’s looking forward to reconnecting with his old cellmate, Bishop Stockley, who promised him a place to stay and some help getting back on his feet. Wood had a good life once upon time when he’d owned one of the most successful tattoo shops on the Virginia Beach Oceanfront – until a fatal accident that was his fault cost him everything.

Now at forty-six years old, all Wood wants is to work in another shop on the beach and find a mature, easygoing man to settle down with. But when he gets to his new place and finds he has to share the small trailer with Bishop’s childhood friend, he wasn’t expecting a sexy, smart-mouthed brat that enjoys pushing a man to his limits.

Wood pressed in so tight until there was only air and misunderstanding between them, his mouth mere inches from Trent’s parted lips. “You wanted to get a reaction out of me you annoying, immature little shit… now you’ve got one.”

Trent Armstrong has never been considered a catch. He’s a twenty-nine year old laborer, an ex-con, and not the easiest person to get along with. Everyone he’s ever cared for has walked out of his life without a backward glance, so he’s used to the loneliness. His foul mouth and quick temper are a great defense mechanism and a good way to keep unwanted people away.

From the moment the tattooed, silver-haired man walked into the house there had been nothing but tension, side-eyeing, and sparks between them. Trent has always held back a side of himself that he’s nervous to explore, and without warning Wood’s voice, his maturity, that maddening scent, and even his damaged past all trigger feelings that Trent thought he’d buried long ago.

Trent went completely still when Wood dragged his nose over his forehead and down the side of his face. His voice was shaky, and his breaths were hot and swift along Wood’s throat. “What the hell are you doing?”
“I’m doing what you want me to do.” Wood whispered. “I’m playing your bullshit game, Trent.”

The True Lover's Stories are connected standalones. Each title features a different couple but will contain previously mentioned characters.

No multiple pairings. No cliffhanger. Ends with a HEA.

“What the hell are you looking at so hard?” Trent asked when he came into the kitchen.

“None of your business,” Wood said, not bothering to glance in Trent’s direction, which only seemed to annoy him more as he bumped the table rudely with his hip.

“Let me guess. Are those the apartment classifieds you’re checking out?” Trent scoffed.

“You clinging to me already?” Wood asked, still focused on his drawing. “Should’ve known.”

“You’re a real arrogant son of a bitch, aren’t you?”

Wood pinched the bridge of his nose before he gave the damn brat his attention. He had a snarky comeback sitting on the tip of his tongue, but he forgot what it was when he looked up and locked eyes with Trent. He was still full of attitude and caution… but the animosity Wood had seen there before was gone, replaced with something that looked closer to respect.

If you can ignore the blustering and earn his respect, he’ll start to trust you. With his trust comes his loyalty.

Wood remembered the secret Bishop had told him about Trent. He decided to keep giving as good as he got because it appeared the only way his roommate was going to show him some decency and stop trying to play with his mind. If Trent wanted a challenge, then he’d give him one. He closed his sketch pad with a hard snap when Trent’s gaze traveled over his drawing. “That’s none of your business either.”

Trent frowned down at him. “I wasn’t trying to see it, asshole.”

“Mmhmm.” Wood got up and left Trent in the kitchen. He would’ve stayed to mess with him a little longer, but the moment Trent got close enough for him to smell his freshly cleaned body, his dick had gone painfully solid.

He closed himself in his room and leaned back against the door. Oh hell. He shoved his palm into his shorts and squeezed at the ache. What in the world was he doing? Dangit, he wanted to dislike Trent’s immature taunting to the point that it was an erection killer, but the little prick was having the opposite effect. Wood groaned as the throbbing got more intense. He had to get out of there and meet someone on his level, but he’d only been out of the halfway house a few days and he had more important things to take care of.

Ignoring his empty stomach, Wood removed his clothes and grabbed his towel so he could take a shower. In the bathroom he’d thought about rubbing out a quick release to the take the edge off his discomfort but decided against it. Hopefully soon he’d have a strong, willing man in his arms, and once he was balls-deep inside his tight ass… that’s when he’d let out years of pent-up restraint. He finished his grooming and threw on a clean pair of flannel lounge pants, foregoing a shirt so he could air-dry. He would’ve stayed in his room the rest of the evening, but the smell of fried meat permeating the trailer lured him back out.

Wood took his time walking down the hall, enjoying the view of Trent’s firm physique in a pair of loose cutoff sweats and a white T-shirt stretched across his toned shoulders, while he tended to whatever he was cooking on the stove. The sight was sexy as hell to him, and he didn’t stop his advance until he was standing directly behind Trent and looking over his shoulder.

“Fuck.” Trent jumped and struck Wood in his stomach with his elbow. There wasn’t near enough force in it to hurt him, and Wood ended up laughing as he held his hand over his stomach.

“You’re giving me love taps already.” Wood eased to the side and leaned against the counter as he watched Trent flip the meat over. When he finished, his roommate turned to face him, appearing ready to go in on who-knows-what when those pretty eyes got as wide as saucers.

“Where the fuck are your clothes?” Trent yelled.