Blue Moon - Too Good Be To True and French version 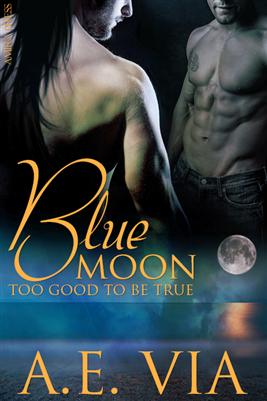 Part of the Blue Moon series: 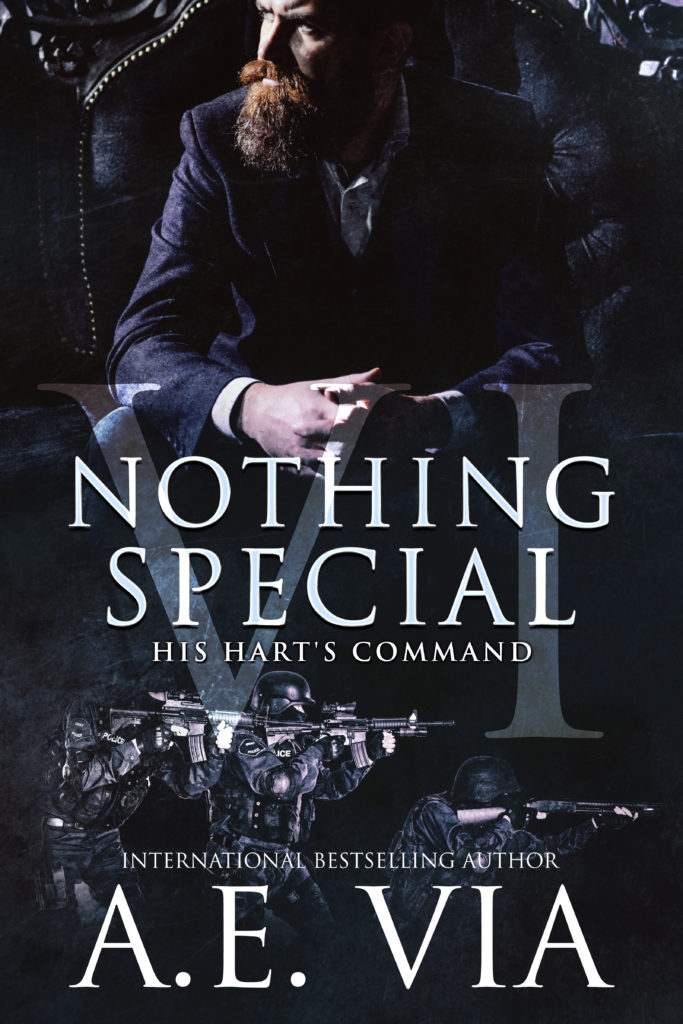 Vlad Book
ngel DeLucca is one of the most sought after gay bachelors in Virginia Beach, but when he tries to find true love, no one takes him seriously. After a one-night stand goes wrong, he comes into contact with hunky, straight, firefighter Maximus (Max) Strong, and Angel’s mission in life is now clear.

These men’s stories will unravel in a whirlwind of romance, bondage, revelations, action scenes, and very hot sex.

‘…This story proves that love surprises and delights when you least expect it. Thank you A.E. Via!’ By: Extremely Picky

‘…cannot get enough of A.E. Via. Will be waiting (impatiently) for the next book. combining all that sexiness with an actual storyline is rare and very much appreciated.’ By: Crazy2Read

‘I loved this story from beginning to the end. This was the first time reading this author , but it will definitely not be the last! Hot hot.’

Max heard the female computer-generated voice come over the PA system, announcing an alarm was triggered at one of the clubs on the strip. He jumped off his bunk, still a little light-headed from his release. He glanced up at the clock on the wall. Five minutes to midnight. He raced to get on his uniform as he listened to his Captain bark out orders to the other fighters. Max silently prayed it wasn’t a real fire. He knew the clubs on the beach were packed with tourists, some of them holding hundreds of people. “Strong! Are you waiting on a fucking engraved invitation? Get your ass out here now!” his Captain yelled for all to hear. Max emerged from his bunk room in his blue uniform shirt with the fireman’s crest on his chest. In bold lettering on the back was ‘Virginia Beach Fire Department. His dark blue polyester uniform pants fit nicely over his firm ass.

He raced to the bay area that housed their rigs and the lockers that held each of their turn-out gear. “What’s the code?” Max asked the incident commander as he suited up next to him. “Code Silver, but, we’re treating it as Gold because of the capacity held by this particular establishment.”

Max knew all the codes like he knew his alphabet. This code meant that an alarm was tripped but there is no report of a fire or smoke. Great, a false alarm. One of the little punk club-goers thought it was funny to pull a fire alarm and watch everyone scatter.Fucking wasting my goddamn time. Max hated those types of calls. It required him to have to suit up and race to a scene for no apparent reason except to shut off an alarm and take a statement. Max hopped in the side seat of the rig as the bay doors opened. Both rigs emerged slowly into traffic, sirens and lights blaring so loud he could barely hear himself think. “Where are we headed?” Max shouted to his second lieutenant. “Club Blue Moon.” The deep voice yelled back. “The largest, most popular fucking club down there.” The lieutenant rolled his blue eyes, and Max saw the concern etched in his rugged face. The many years of disastrous, fatal fires were etched in every crevice. Wonderful…a thousand people in the middle of the street. Max had never been to the poplar nightclub he saw advertised everywhere in the city, but he’d heard it was super nice. Luna told him it was a gay club, but his brother told him it wasn’t. Max remembered his brother’s comments on the night sensation. “Everyone and their grandmother go there, Max. I fucking love it. Definitely some of the hottest ass in town can be found in there,” Ryker bragged. His older brother Ryker was gay and out, so Max figured it probably wasn’t a club he would want to frequent. Max braced himself on the overhead ‘oh-shit-bar’ when the rig turned right onto the strip and maneuvered around the tourists jaywalking across the street. It was a goddamn headache trying to get around the egotistical motorists that cruised the strip in their freshly shined pussy-mobiles at a whopping fifteen miles per hour. Honk, honk, honk… Zander leaned on the horn as they slowly made their way to Eighteenth Street. The men could already see the massive crowd gathered behind a row of police cruisers a couple of streets up.

Max knew this was not going to be the last time they’d be dispatched to the strip. They were going to be flooded with fake fire alarm calls, alcohol poisoned parties, someone caught in the undercurrents while swimming without lifeguards on duty, jellyfish stings, bar brawls, car accidents, you name it—they were going to see it all this weekend. Because it’s the fucking Fourth of July and people love a reason to get out of their stale daily routines, get shit-faced, and live on the edge for a day or two—especially since most of them had a four day weekend. Finally, they made it to the club entrance on Sixteenth Street in a total of twelve minutes.

The police officers tried to fend back the large crowd that had no doubt been forced out of the club before they finished getting their groove on. Crowd control was not the fire department’s responsibility and Max couldn’t be happier for that fact right now. He jumped down from his seat and waited for the incident commander to come from the second rig. He quickly dispatched the other fighters to fully gear up with face mask, oxygen tanks, and solid steel pikes. Regardless, if they were told it was a false pull or not, they didn’t take chances. Nine bulky fighters made determined steps into the club, completely ignoring the three beefy security guards at the front door. Damn those are some huge fuckers, Max thought. “Max, the Captain told me that you will be acting Sergeant on this one,” his commander informed him. He couldn’t help but smile as his best friend Pierce nudged him in the side—his way of saying congratulations on the promotion. Max nodded in affirmation at the Commander and told Pierce he’d wait for his call before he tried to locate the club owner. Pierce was the second lieutenant and responsible for overseeing the other fighter’s actions while inside, and reported directly to the Incident Commander when the scene was secured.

This site uses Akismet to reduce spam. Learn how your comment data is processed.